These vases were purchased during my first trip to China. I used those foreign exchange certificates that I mentioned in my earlier post and bought these vases from the friendship stores at Summer Palace, Beijing.

They were rather cheap during that time costing me less than S$20 in total for the three vases. I went back in 2002 and tried to get another set but I could not find anymore. sigh.

I think in eighty years later, these vases would be antique....hahaha. I wondered if anyone would offered me 1 million pound for them....hahaha..........maybe my great grandchildren would inherit these vases or maybe I should start burying these vases in soil or underground so that they become very very antique...hehehe 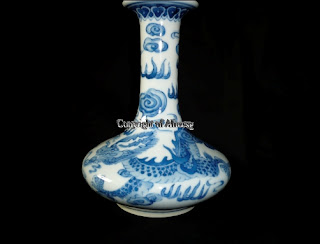 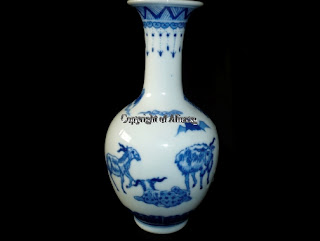 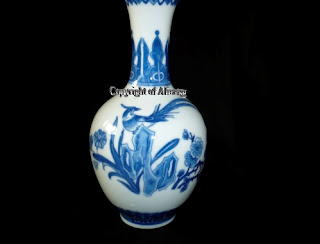 I was told that if these vases have a stamp below them they would be valuable. Two of my vases had these stamps but not the one with a dragon image. So I guess my dragon vase is worthless. 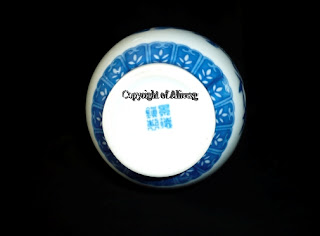 Your vases are lovely and you never know what will become sought-after in years to come. Take good care of them! You've mentioned the name "friendship stores" a few times. What exactly is a friendship store? or is that just the brand name?

Friendship stores are state run stores by China. When they first open china to tourists, these stores were started as a sign of friendship and sold chinese art and crafts, sovenirs, etc. Their locals were not allowed to purchased any items from these stores but now there are only a few friendship stores left as a relic of the past. During the past, these stores only accepted foreign exchange certificates.

I like blue and white pottery it come in so many different designs. Each country seems to produce their own..

I think they will be valuable for your heirs!