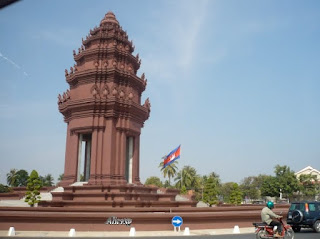 The Independence Monument in Phnom Penh, capital of Cambodia, was built in 1958 following the country's independence from France.

It is in the form of a lotus-shaped stupa, of the style seen at the great Khmer temple at Angkor Wat and other Khmer historical sites. You can read more from wikipedia. 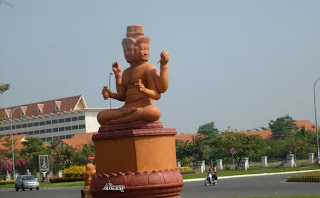 Near the Independence Monument, I could see many other buddha statues. 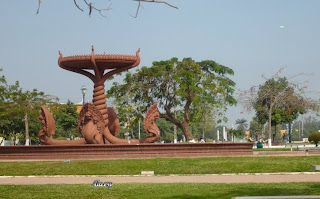 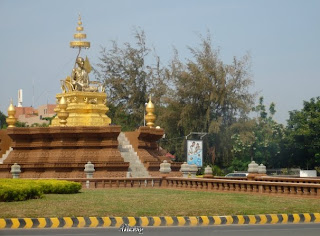 The above photos were not taken very well because I took them from inside of the moving van.
Posted by alicesg at 9:01 am