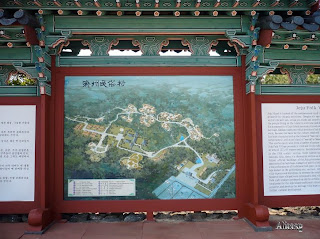 The Jeju Folk Village Museum is the island’s main tourist attraction where customs of the old days can be explored. The village was actually occupied by villagers in 1890s. It has since been restored and turned into a museum. 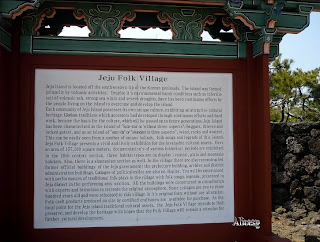 Jeju Folk Village-There are many houses, facilites and a wide range of folk items used during the earlier days. 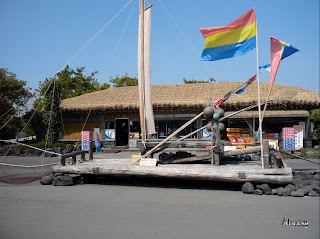 A boat used during the olden days on display in the village. 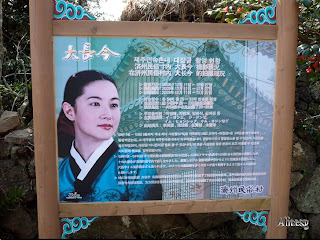 This is the famous actress, Lee Young Ae, acting in the korean drama,Dae Jang Geum or Da Chang Jin. This folk village is part of the acting scenery used during the filming. I love this korean drama the best. 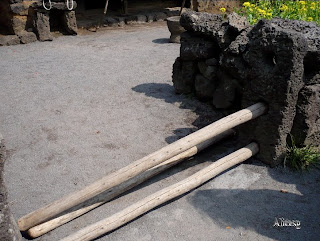 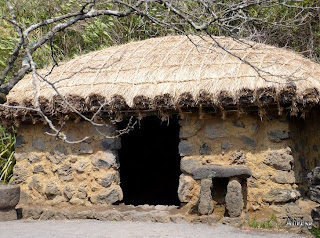 A local house belonging to one of the villagers. 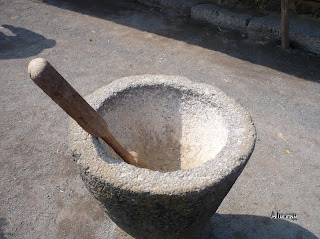 This is equivalent to the modern appliances of a grinder and mixer. During the olden times, the villagers would used it to pound flour into dough and make them into rice cakes. It can be used as a grinder and grind them into fine grains. 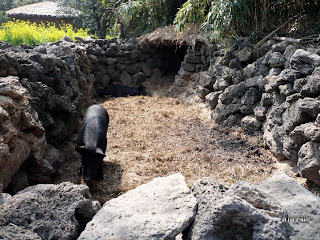 This is a pig pen made out of stones and rocks. The black pig is a common pig reared in Jeju Island. I ate them during one of the BBQ lunch...lol. (You can view the photos here.) 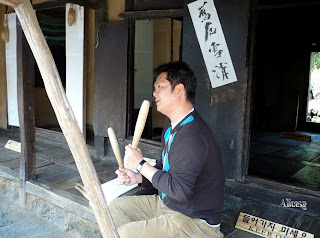 Our tour guide was demonstrating how the earlier settlers used to iron their clothes. The women would used two wooden poles and hit the clothes/cloth and then they would be straighten. 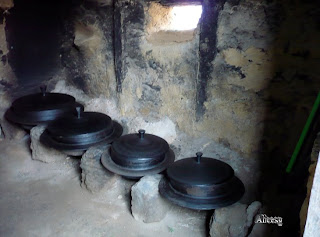 A typical kitchen in the home of the earlier settlers. 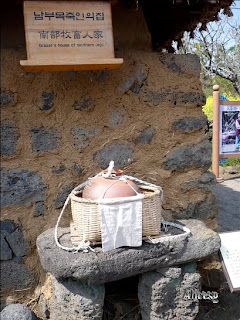 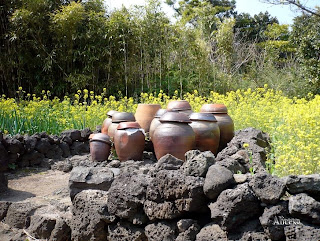 These urns are used to keep kimchi or sauces in their backyard. 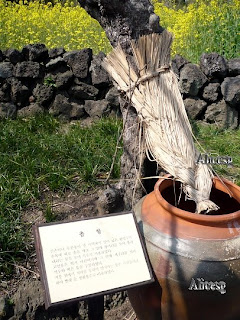 Looked at how interesting this is. The villagers used this method to filter water from the tree to the urn. 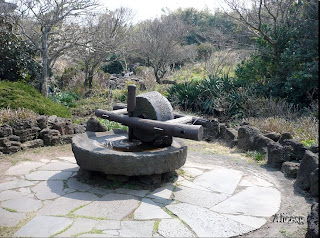 This is a huge grinder where the ox or horse will help pulled. 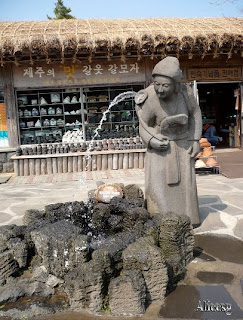 A sculpture of an ancient jeju folk village woman carrying her urn.
Posted by alicesg at 9:55 pm

What an interesting post! I loved all the info on Jeju Island. That must have been a fun trip. The village is really neat and the pictures and explanations of ancient practices was fascinating.
Ironing clothes sure has changed over the years!

I am glad you love the photos and information. It really was an enjoyable trip. :) Yes, love the ironing part, save a lot of electricity...lol.

wow!!! Alice this is an interesting site I enjoyed looking (and reading) the interesting facts, I've never ever been in this area.

THANKS for showing and thanks for your visit, soon I show more about Brussels and Antwerpen (both in Belgium)

Greetings from JoAnn (now in Holland)

I bet that house robbers appreciated the family of the "three poled gate" when all the three poles were up! :-)

Thanks for your geography lesson of your communities and culture!