After a sumptous breakfast at the hotel in Jeju Island, we bid farewell to beautiful Jeju Island. Boarded a domestic plane to Seoul. The flight back was smooth and pleasant. On arrival, after collecting our suitcases, we boarded our coach and headed to Nami Island, a two hours ride from the airport. The coach ride seems short cause our wonderful korean guide was so talkative and entertaining. Nami island was named after Korean General Nami. He passed the military service examination at the age of 17 and suppressed a riot led by Lee Shi-Ae in the 13th year of King Sejo' reign of Joseon Dynasty, and then was promoted to 'Byeongjopanseo (Minister of National Defense)' at the age of 27. But he died young at 28, denounced as a traitor after King Yejong's enthronement. (Source: http://www.auto.lifeinchina.com/Travel2/kangwon/365) 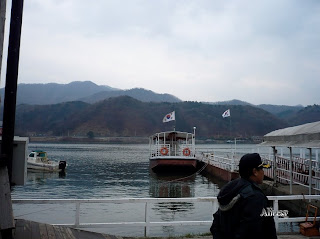 The ferry ride to Nami Island was only about less than ten minutes ride. 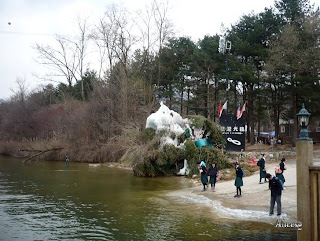 Looked at the ice on the bushes that are still not melted. You can imagine how cold I felt. It really was freezing in here. I am glad I had wore 3 layers of clothes(including my winter jacket)...lol. Did you spot the female statue in the sea? I wondered why she is there. I should have ask my korean guide.

Nami Island is the filming site of the popular Korean drama serial "Winter Sonata". This is where the two main characters fell in love. You can read about them in here. 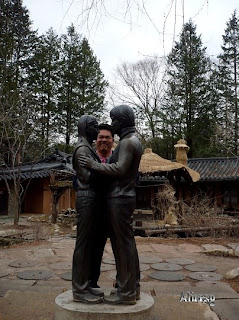 These life-size bronze statues of the drama's hero and heroine, who are Kang Joon Sang and Jun Yu Jin. The statue really looked like them. You can see my mischievous korea tour guide standing in the centre and pretending to be a third party...lol. 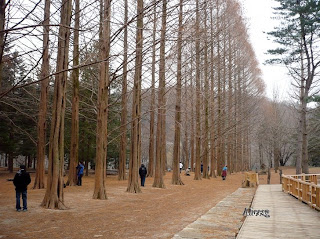 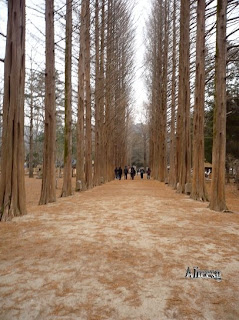 The famous romantic tree paths with pine trees lined on two sides. The scenery was so beautiful and I had taken quite a number of beautiful photos here. The scenery would looked different in the four seasons. 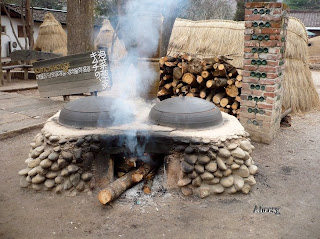 In the central of the island, were some exhibits of korean traditional lifestyles. The burning of firewoods here really make a good place to keep ourselves warm in this freezing condition. 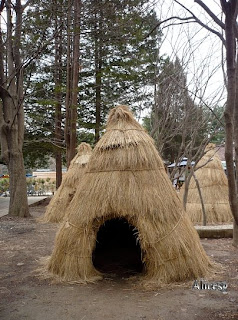 A traditional home of what the korean villagers used to live in. 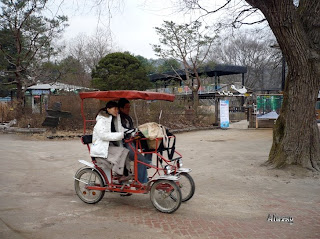 The whole island is very relaxing and popular with young couples. They would ride on bicycles or tricycles or just having a relaxing time on the island. 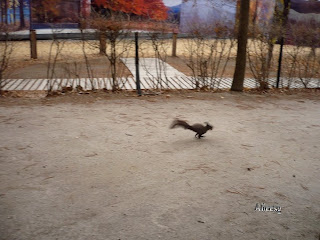 Nami Island was so lovely, the animals were allowed to run wild here. Here I am chasing after some squirrels to take photos of them...lol 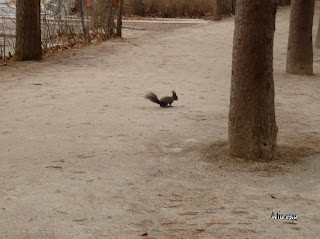 Hahaha.... I managed to snap this cute squirrel. 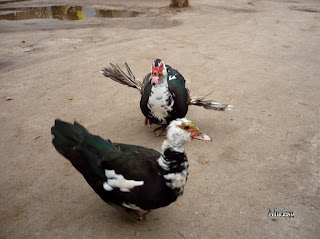 These ducks are not afraid of tourists and they are trying to look for food from the tourists.
Posted by alicesg at 2:23 pm