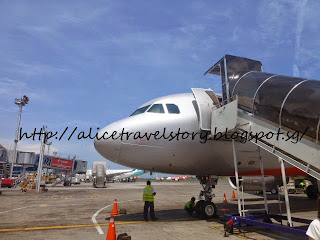 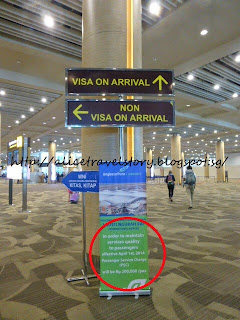 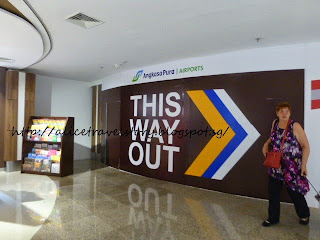 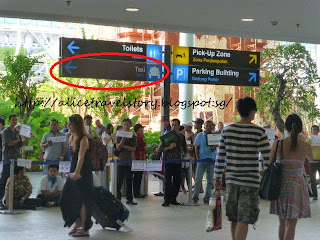 After exiting from the arrival hall, we turned left on seeing the sign directing to the taxi counter. 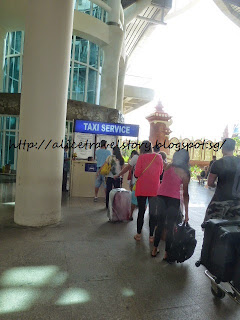 We need to queue and purchase the taxi ticket to our destination. The amount of the taxi fare is stated on the board behind the attendant. Our hotel is just opposite Discovery Mall which is in Kuta 1, think they overcharged us by Rp10,000. According to the board, Kuta 1 is Rp55,000 while Kuta 2 is Rp65,000. Anyway we decided not to argue is only extra by S$1.10. 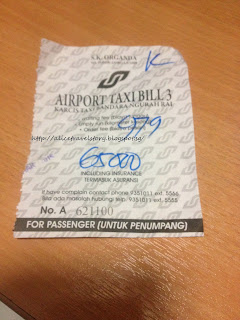 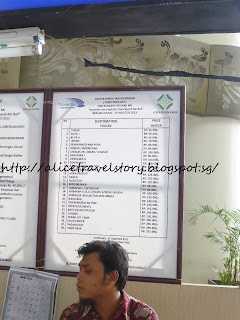 The taxi driver will bring you to his taxi from the taxi counter. 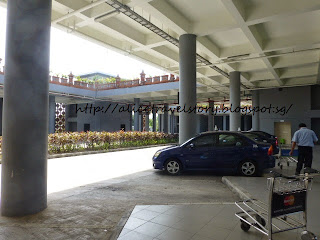 On arrival of our hotel, we gave the driver Rp100,000 but the driver claimed he had no change, (very common scenario we witnessed lol), luckily the hotel reception counter is near the car park, so we quickly change the Rp100,000 in smaller bills and ended up giving the driver Rp70,000. So now you know it, try to keep small denominations when taking public transport in Bali.
Posted by alicesg at 11:50 pm

It seems Taxi drivers are the same the world over. :)


Thanks for sharing this with us! Some really amazing features.
Good contest , it’s really helpful for new bloggers. All the best guys Thank you for your post. This is excellent information.
To get new information visit here
taxi service
taxi to airport
taxi from airport

Amazing Thanks for sharing with us.
Silver Service taxi in Melbourne