My first trip to Japan, so I decided to do some recce first and make my trip simple and not complicating cause was so unfamilar with Japan Rail System. I did not want to cover the whole of Hokkaido on this trip cause did not want to stress myself with catching up with train timetables, etc. So I decided to just visit Sapporo only and also Tokyo since I had to make a connecting flight from Singapore via Tokyo and vice versa. 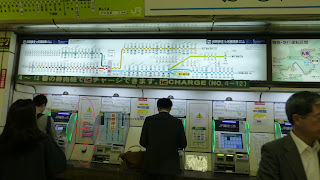 Day 2, decided to spend the day at Otaru Canal (read more from Japan Guide), first we purchased our train ticket via the ticketing machine. We decided not to pay extra for the seat reservation. Note the small panel and button/buzz, that is actually a help desk or information office, if unsure you can press the buzzer and seek help from the staff. 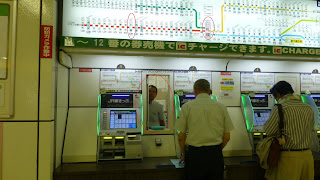 There's really a man behind this panel hahaha and not some computer screen, etc. 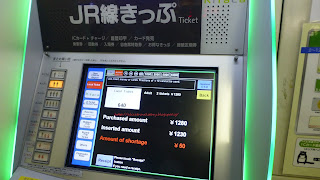 It is easy to use the ticketing machine, just press the button for English Language and follow the instructions to purchase your ticket. The fare is indicated on the top route map.From Sapporo Train Station to Otaru Train Station is 640 yen without seat reservation, 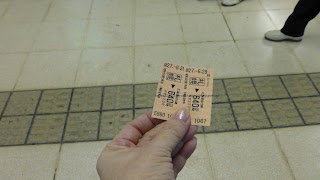 After going through the gate/gantry, we were a bit lost, not sure which track no. we should proceed, so with hand gestures, the train workers direct us to Track 1 to board the Airport Rapid Train (and yes this is the same train route we took from airport to sapporo train station and then it will proceed to Otaru), it will take about 30 mins to reach Otaru Train Station from Sapporo Train Station. Not to worry when to alight, Otaru Train Station is the last station or terminal of Airport Rapid Train. 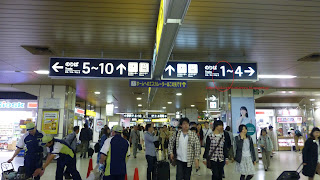 Car no. 4 is for seat reservation only so dont go to that car no. 4 if you dont have seat reservation ticket. Hubby and me were lucky we managed to get empty seats after some passengers alighted few stations away from Sapporo Train Station. But I pity the old man in the other cabin , he stand almost the entire journey, he wasn't looking in my direction otherwise I would gesture him to come and take my seat. Hubby and me were in different cabins, otherwise I can get hubby to bring him to my seat. I could not get up from my seat and go to him, otherwise my seat would be taken up very quickly. Wondering why those younger passengers in his cabin did not offer him seat. 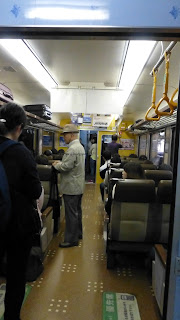 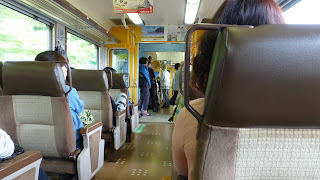 Sit on the right side of the train, you will be rewarded with view of the sea from Sapporo Train Station to Otaru Train Station. 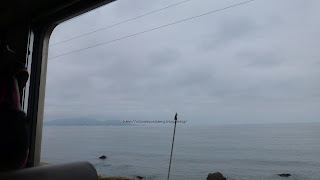 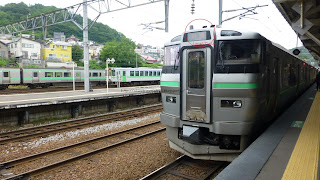 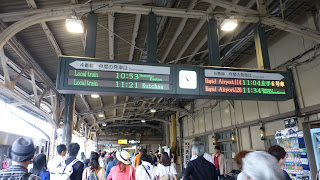 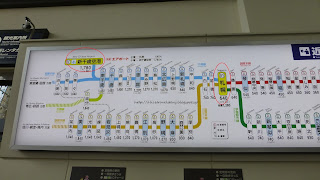 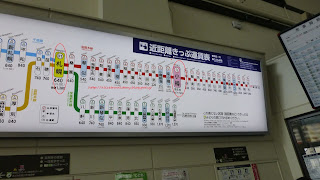 Once we exited Otaru Train Statiion, we just need to walk all the way straight to Otaru Canal, followed the map. After visitng the canal, just followed the blue colour indicated in the map for walking route.Will explained more in later post. 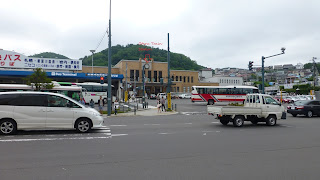 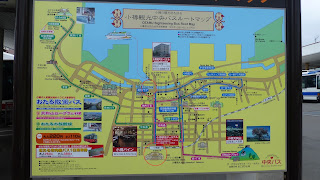 Short video of the sea view from inside the train, travelling from Sapporo Train Station to Otaru Train Station.